The use of fossil fuels has led to the pollution of large modern cities and has caused global warming with massive consequences on the earth’s climate. A technological alternative to fossil fuelled kilometers is electric-driven vehicles, powered by renewable fuels.

However, the mass-adoption of battery electric vehicles (BEVs) and hybrid electric vehicles (HEVs) is limited for two reasons. First, HEV and BEVs have a high initial cost because of battery purchase price. Second, range anxiety, or the fear of running out of fuel, detracts drivers. Range anxiety is heightened by the long charging time of a BEV and the lack of abundantly available charging stations for electric vehicles. Therefore, increasing the battery energy content to about 500km –  a battery capacity comparable to a Tesla of about 100 kWh –  will significantly speed up the adoption of BEVs.

In this context, one objective of the GHOST project is to design a novel and modular battery system with higher energy density (in weight) based on the state-of-the-art lithium-ion battery cell technologies. In this portion of the GHOST project, promising Lithium titanate (LTO) batteries manufactured by Toshiba are being tested for their potential integration into the GHOST basic unit.

Figure 1 depicts the evolution of the cell voltage vs the energy capability of the TOSHIBA cell at different temperatures. The fact that the cell can experience such a range of temperatures, from extreme cold to intense high temperatures, and still produces decent energy densities shows that the LTO cell is a perfect candidate for the GHOST project.

Another important aspect of the battery is the charge capability, shown in Figure 2. The LTO-based cell can be charged from 0 to over 80% state-of-charge in 4 minutes, which is one of the requirements for the selection of battery cell technology in the GHOST project.

Finally, the Lifetime aspect will be considered to assess the aging of the cell for long-term applications. The study will focus on cycle and calendar aging.

The GHOST partners working on this part of the project – VUB, IKERLAN, IFAT, CRF, and LBE – are a team of relevant players who are taking on the challenging task of characterizing the Toshiba cell in order to propose a strategy for vehicle applications. 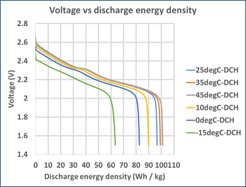 Figure 2: charge capability of the LTO GHOST cell at 25°C and 8C.

About the Author: editor