A Dual Battery System has been developed and experimentally tested, in order to achieve high specific energy and power capability. DBS prototype is composed of i) a Lithium-Titanate-Oxide battery to ensure high power capabilities, ii) a Lithium-Sulfur battery to improve specific energy, and iii) a Gallium Nitride-based power converter to link both battery modules, minimising at the same time system weight, volume, and power losses.

The prototype was tested for Worldwide Harmonised Test Cycle in Charge Depletion (WLTC-CD) driving profile, which is widely accepted to be representative of EV motorway driving scenario. Such profile was scaled down to the developed DBS prototype size, and repeatedly applied until the system was fully discharged. The developed DBS prototype successfully achieves the overall objective in terms of specific energy improvement: with a specific energy of 101.89Wh.kg-1, a +31.99% improvement is achieved with respect to the single Li-ion module (SBS). Regarding the energy density, with an energy density of 130.31 Wh.L-1, the improvement with respect to the single Li-ion system is of +8.41%. 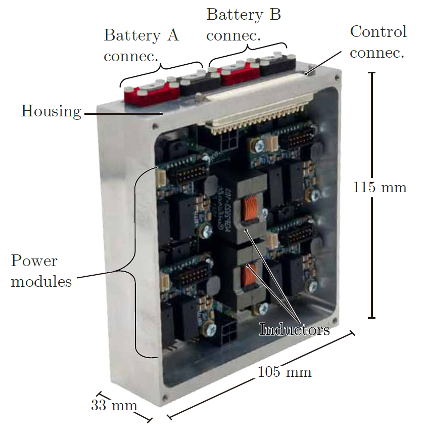 About the Author: editor